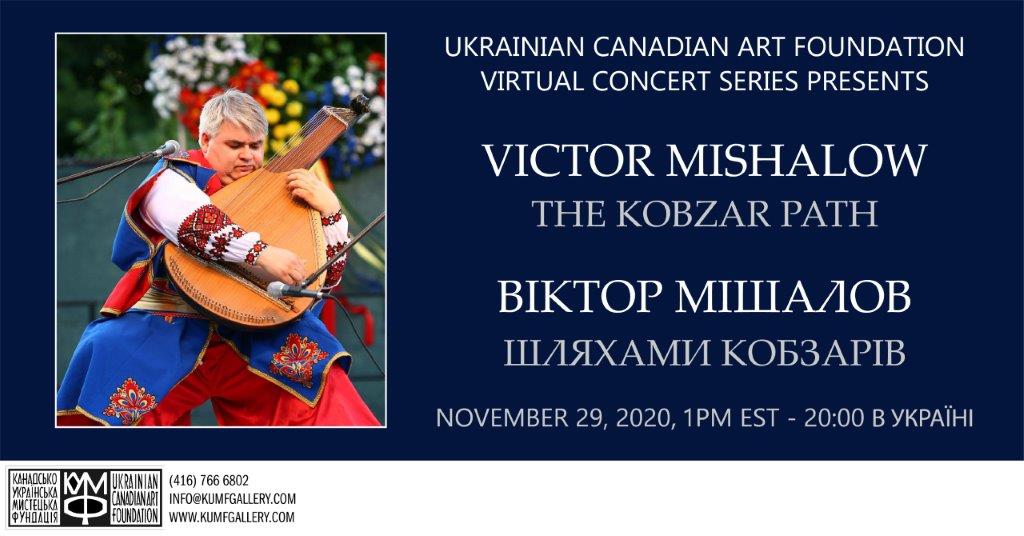 Victor Mishalow was born in Sydney, Australia. Studied bandura under Peter Deriashnyj and Hryhory Bazhul in Australia. He completed his studies in Music at the University of Sydney.
In 1978, he received a scholarship from the Australian Arts Council to study bandura under the leading bandurists of the Ukrainian diaspora who lived in North America (H.Kytasty, P.Kytasty, P.Honcharenko, V.Yemetz, and L.Haydamakа). In 1979, he continued his studies in bandura at the P.Tchaikovsky in Kyiv under professor S.Bashtan, and also privately studied under H.Tkachenko. In 2009, he defended his Ph.D. thesis at the Kharkiv State Academy of Culture (2009).
Since 1982, Victor has released regular numerous recordings of his playing. He produced a video tutor on bandura playing (1999), author of over 180 publications, the founder of the Canadian Bandura Capella (1991).
Victor has received numerous awards and honors, among them the title of Honored Artist of Ukraine (1999) and Order of Merit (2009). Since 2013 he is an adjunct research assistant at the Department of Ukrainian Language and Culture at Monash University, in Melbourne, Australia.
Lives and works in Toronto, Canada.

On Sunday, November 29, 2020, at 1:00pm EST in North America, and 20:00 in Ukraine, Victor will perform in the Virtual Concerts Series of the Ukrainian Canadian Art Foundation.

Please support this project financially by clicking DONATE (in Canada), or via the link: https://kumfgallery.com/donate/