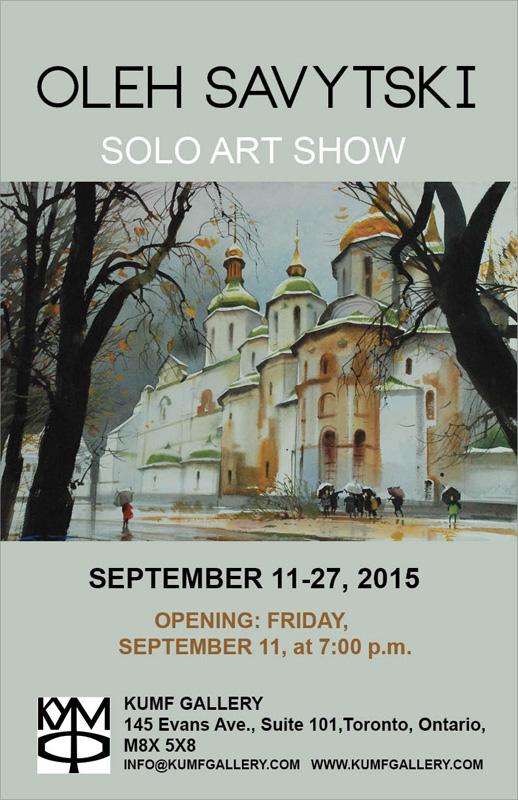 Oleh is a member of the following organizations: Ukrainian Canadian Artist’s Union. Directors Guild of Canada – as Production Designer. The Canadian Society of Painters in Watercolour.

Oleh’s main passion lies in architecture and world-famous monuments/ensembles. A dominating role in his métier is held by cityscapes, which are always emotionally infused. The artist prefers watercolour and gouache as his main painting media.