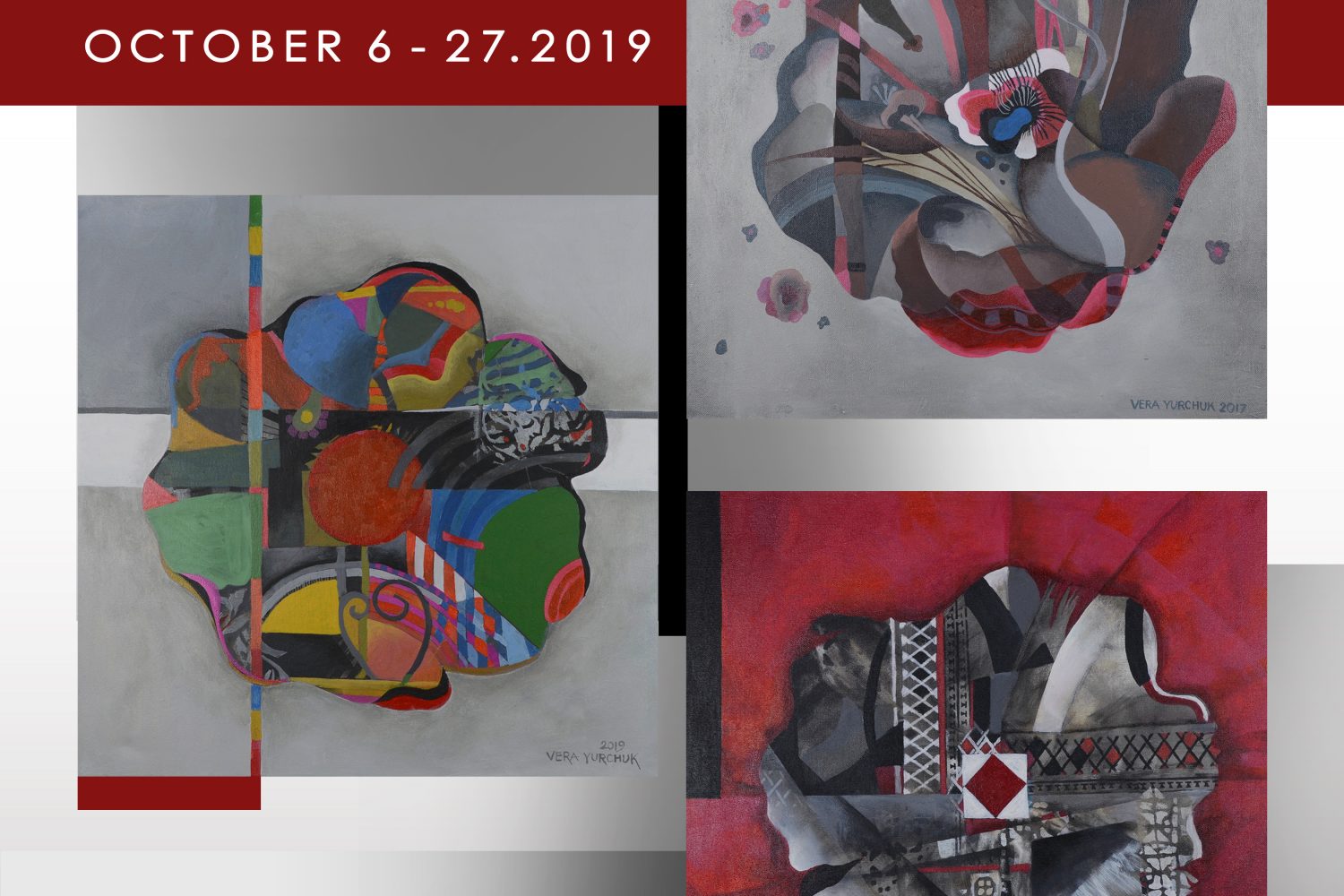 The compositions in Vera Yurchuk’s paintings have typically been vibrantly abstract, with a strong influence from her travels, antiquity and her love of nature. Still life, celebrating womanhood and her Ukrainian heritage have been notable, recurring themes in her paintings.

But in the past few years, as the tumultuous events of the early years of the 21st century became more pronounced, Vera realized that after relying for many years of her painting career on the creations of her imagination, she could no longer ignore the realities of the world around her. This realization led her to refocus the themes of her paintings more intensely on her heritage, the role of women in society as well as the dramatic events related to the Russian invasion of Crimea and the war in eastern Ukraine.

It is a combination of these two themes, as well as other recent work, that is on display in the paintings shown in her current Solo Art Exhibition at the Canadian Ukrainian Art Foundation Gallery from October 6 to 27, 2019.

Vera Yurchuk graduated from the Ontario College of Art in 1963 and freelanced as a commercial artist in the early part of her professional work. Since the late 1960’s she has concentrated on paintings. Most of her better-known works are acrylics on canvas, though she has also done mixed-media works, monotypes, graphic art and murals. Her art has been presented to the public in several solo exhibitions and various group shows in Toronto, Ottawa, New York, Chicago and Lviv Ukraine. It is included in a number of private and public collections, including the Museum of Civilization in Hull Quebec.

As part of this Art Exhibition there will be a presentation of a book cataloguing most of Vera’s paintings that she produced during her artistic career from the 1960’s to the present.