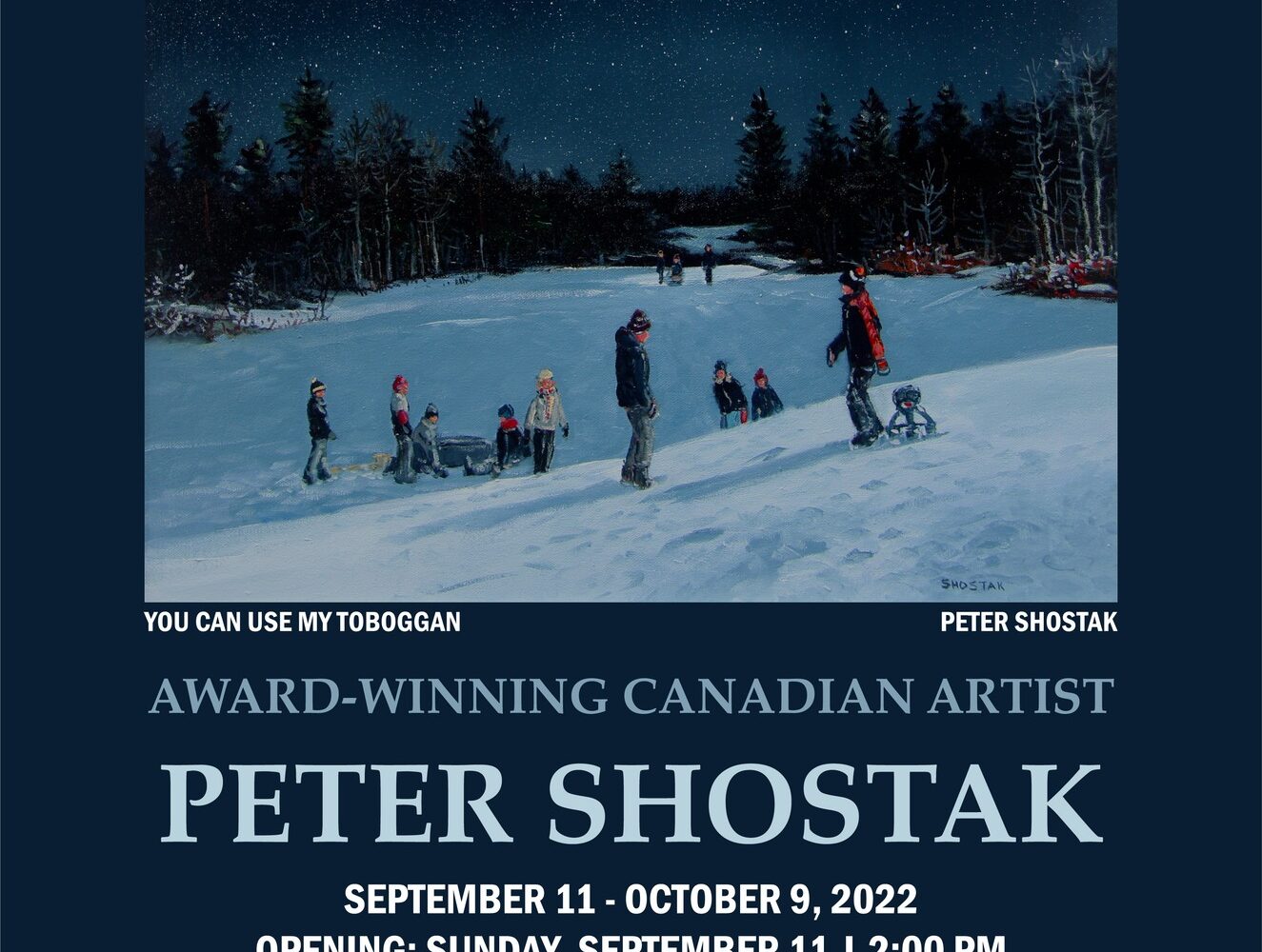 Ukrainian Canadian Art Foundation – KUMF Gallery is very pleased to open the Fall season with an exhibition of special artworks by Peter Shostak.

Opening reception on Sunday September 11th @ 2:00pm Peter Shostak will be in attendance. Join Us!

Peter Shostak was born and raised on a farm in northeastern Alberta. His early interest in art inspired him to major in art at the University of Alberta. In 1969, he obtained a graduate degree in Art Education and then took a teaching position at the University of Victoria. He remained there as Associate Professor of Art Education until 1979, when he decided to leave teaching and pursue a career as an artist, devoting all of his time to painting and silkscreen printing.

Much of Shostak’s art reflects his memories of growing up on the prairies during the late forties and fifties. Three publications, When Nights Were Long, Saturday Came But Once a Week, and Hockey…under winter skies, reveal some of his personal history.

Shostak’s most ambitious project, to which he devoted five years of painting, was
completed in 1991 with the unveiling of his series “For Our Children“. These fifty large oil paintings, that portray early pioneer settlement in Western Canada (based on Ukrainian pioneer experiences), have been exhibited across Canada. All fifty paintings, along with background stories gleaned from Shostak’s many years of research, are reproduced in the coffee table book For Our Children. In the introduction to this book, W.D. Valgardson states, “In his life and his art, Peter Shostak depicts what it means to be Canadian. He honours the memory of all our past lives.”

In 2003, Peter Shostak received the Queen’s Golden Jubilee Medal in recognition of his outstanding exemplary contribution to Canada. He also is the recipient of the Taras Shevchenko Medal, the highest honour awarded by the Ukrainian Canadian Congress. The Medal recognizes exceptional achievement in culture and the arts and is measured by the recipient’s level of excellence and initiative, body of work, peer recognition and the impact both within and outside the Ukrainian Canadian community. Other awards include: Western Showcase at the Calgary Stampede, an annual juried world class exhibition, “Best New Artist” – flat work and Western Art Auction “Best New Artist” – flat work.

Most major cities in Canada have repeatedly hosted exhibitions of his work over the past several years and he has completed many commissioned paintings and serigraphs for individuals, organizations and major corporations.

After living in Victoria for many years, he now lives in Courtenay, BC. Shostak frequently returns to his native Alberta to photograph and refresh his mental images of prairie life
and the landscape.