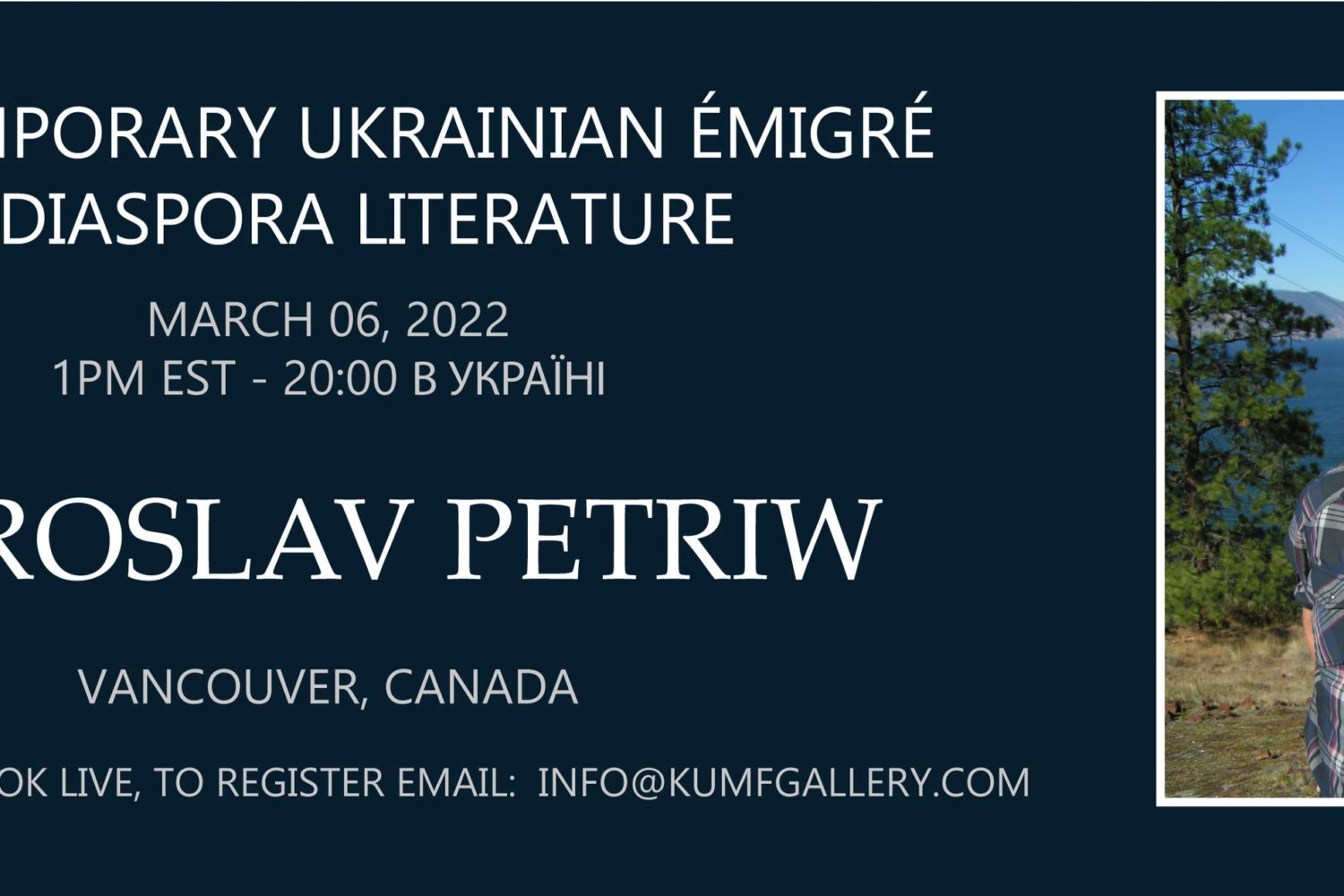 Myroslav Petriw
Born June 6, 1950 in Munich to post-war immigrant refugees, Myroslav Petriw came to Canada from Germany with his parents the following year and grew up in Toronto. He is a product of Toronto’s vibrant Ukrainian community, a Plastun and a graduate of Kursy Ukrayinoznavstva imeni Hryhoria Skovorody.
Graduating from University of Toronto in mechanical engineering, he began his career with Ford of Canada in 1973. As a young man, Myroslav’s passion for cars found him racing formula cars at Mt. Tremblant-St. Jovite in Quebec and at Watkins Glen, New York. After moving to British Columbia, he added sailing to his sports repertoire. Myroslav is also an avid mountain biker, cross-country skier, and kayaker.
While working for Ford, he spent his free time writing the Ukrainian language novel Скарб Ярослава https://chtyvo.org.ua/…/Petriv_Myroslav/Skarb_Yaroslava/ which won the Anna Pidruchny award for new writers, and was published in Ternopil in 2003. Years later, the publisher called the book a prophecy of the Orange Revolution.
Myroslav and his late wife Luba raised three sons, the eldest of whom, Yaroslaw, he coached to the Canadian autoslalom class championship in 2005 and records at the Knox Mountain Hillclimb in 2012 and 2014 https://www.youtube.com/watch?v=4MXCnoD8rgo , while the youngest, Adrian became an actor specializing in voice acting http://www.adrianpetriw.com/ . Today Myroslav is a grandparent to five boys.
In 2004 he volunteered as an election observer from Canada’s Ukrainian community for the October 31 first-round of presidential elections in Ukraine, serving as one of four observers in the city of Kharkiv in the “russified” eastern part of the country.
When he chose to monitor voting in the poverty-stricken Moskovsky Raion, he observed first-hand what James Mace called “a post-genocidal society.”
Following this first election, Petriw then visited Ternopil and Lviv, as well as the city of Kyiv, engaging with Ukraine’s youth and a number of intellectuals of the democracy movement. Doing so he could gauge the build-up of energy, months before it exploded into the Orange Revolution.
Myroslav accepted early retirement from Ford Motor Co. in 2007.
In 2009 he served as a translator during commercial negotiations with Ukraine’s state-run Uranium mining industry.
In Vancouver’s Ukrainian community he has served at various times as president of both the UCC Vancouver Branch and the UCC Provincial Council. In 2010 he resurrected the local branch of LUC, rebuilding it with membership from recent immigrants from Ukraine. Currently he is president of that branch and serves on the National Executive of LUC.
In 2010 he managed Ukraine House during Vancouver’s Winter Olympics on behalf of the UCC and Ukraine’s NOC.
He completed his English language novels Yaroslaw’s Treasure in 2009 https://krytyka.com/ua/reviews/yaroslaws-treasure and Yaroslaw’s Revenge in 2012 https://books.apple.com/…/yaroslaws-revenge/id535842135 .
At a December 6, 2008 “National Leaders” ceremony in Edmonton, Myron Petriw was awarded the Taras Shevchenko Medal by Canadian Ukrainian Congress for his “outstanding leadership in community development.” In 2012 he received the Queen Elizabeth II Diamond Jubilee Medal for work in the community.
From early 2014 Myroslav began writing articles documenting what later became called the Revolution of Dignity, as well as the Muscovite invasions into Ukraine. His articles were published by the Mackenzie Institute and were added to the dozens of articles he had published in the online newspaper Ukrainian Vancouver.
The death of Myroslav’s wife, Luba, in May 2015 somewhat changed his priorities. He has refocused his attention to the role of patriarch of the Petriw family which has expanded by 3 more grandsons since that sad day. Through constant contact with Ukrainian historians, he has been able to rediscover the history of his own Petriw-Murskyj family. Roots of the family include the composer fr. Mykhailo Verbytsky; activist – consul of the UNR in Istanbul Volodymyr Murskyj; pedagogue Ivanna Petriw; and the warrior Rostyslav Denys Petriw. Myroslav published a long-lost memoir of Rostyslav Denys (Dyzio) in Ukrainian Vancouver which has since been reprinted in Ukraine in the book Йшла Дивізія.
Myroslav visited Ukraine again in 2016 and in 2017. Having bought a mountain bike on the Internet in Lviv prior to his visit he was able to explore not only Lviv but places like Chortova Skelia, and the village of Haii where his great grandfather was the school principal at the turn of the century.
More recently, Myroslav has begun writing a Ukrainian language novel, Ярослав, about the fascinating story of Yaroslav the Wise.

Olha Poliukhovych, PhD, literary critic, is an associate professor at the Department of Literature of the National University of Kyiv-Mohyla Academy. She also works as a managing editor of international academic peer-reviewed publication Kyiv-Mohyla Humanities Journal. In 2017–2018 Olha Poliukhovych was a Fulbright Fellow at the Harvard Ukrainian Research Institute of Harvard University. In 2020 she became a co-founder of NGO New Ukrainian Academic Community whose latest projects in cooperation with partner organizations were publication of Volodymyr Dibrova’s book Taras Shevchenko: New Perspectives and international conference “Female Artist as an Icon of National Modernization,” dedicated to the 150th anniversary of Lesia Ukrainka’s birth. Currently, Olha Poliukhovych works on her book of Yurii Kosach’s intellectual biography.
Uliana Hlynchak – Head of UCAF programming, journalist, producer at Ukrainian TV Network KONTAKTO