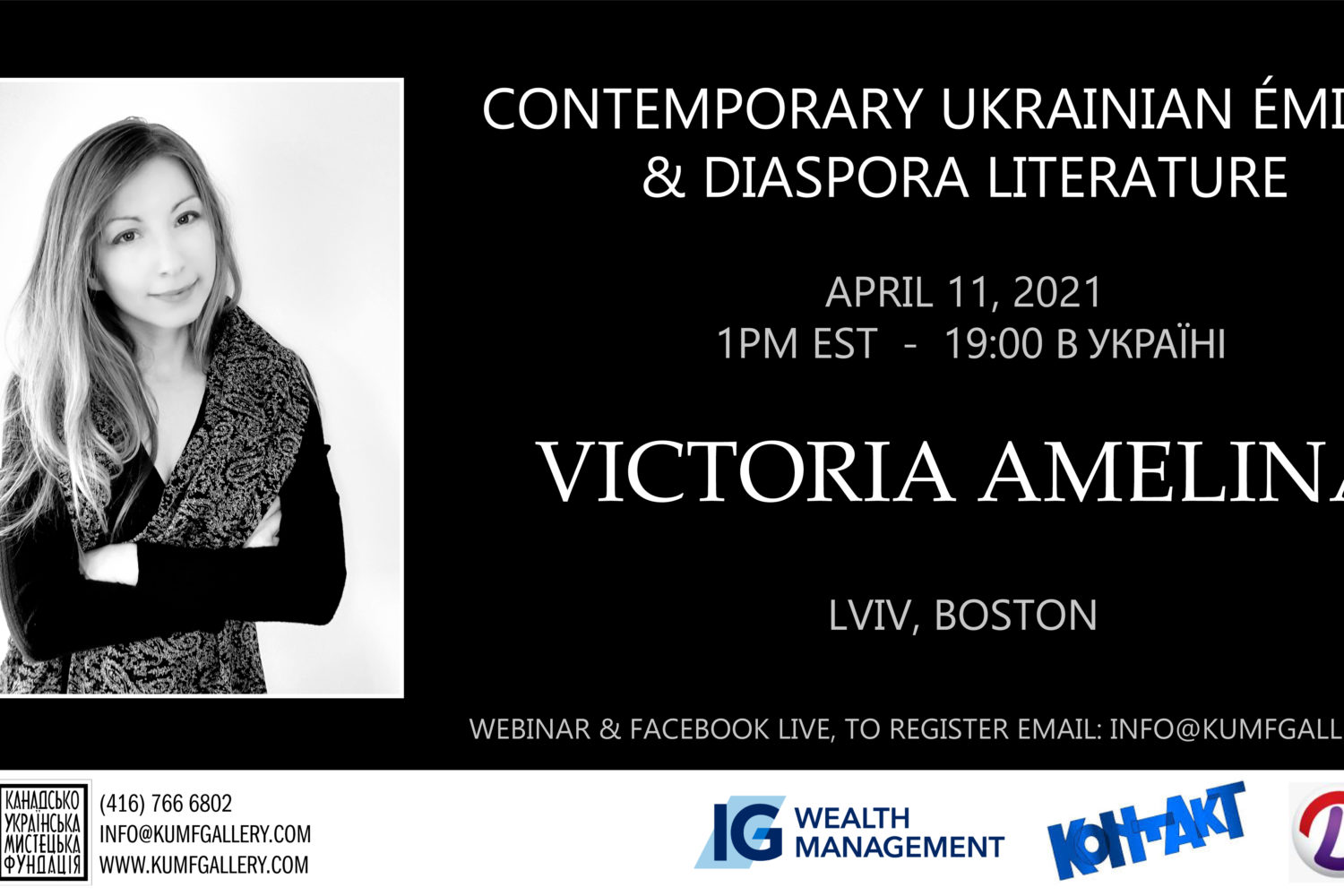 A public reading with Victoria Amelina, Ukrainian writer.
Introduction by Olga Khometa, Ph.D. Candidate in the Department of Slavic Literatures and Languages at the University of Toronto.
Webinar registration at info@kumfgallery.com

Author’s bio:
Victoria Amelina is an award-winning writer living in Ukraine and the US. She was born in 1986 in the city of Lviv, Ukraine. Before becoming a writer, she worked in high tech as an engineering manager; she holds an MS degree in Computer Science. In 2014 she became a laureate of the Ukrainian National Literary Award Koronatsiya Slova, and released her debut novel “Fall Syndrome, or Homo Compatiens” that was shortlisted as one of the best books of the year according to the LitAkcent and Valerii Shevchuk literary awards. Her second novel “Home for Dom” won the Best Prose Book award at Zaporizhya Book Festival, and was shortlisted for numerous awards including LitAkcent Book of the Year, Lviv City of UNESCO Literary Award, and European Union Prize for Literature.

Co-organizer and introduction by
Olga Khometa is a Ph.D. Candidate in the Department of Slavic Literatures and Languages at the University of Toronto, where she has been teaching language and literature courses for the past 5 years. Olga’s research focuses on the twentieth century Ukrainian and Russian poetry, modernism, late modernism, socialist realism, contemporary Ukrainian literature, theory of communicative act, ventriloquism, grotesque, and trauma theory. She is currently working on her dissertation entitled “Late Modernism in the USSR: Ukrainian and Russian Literatures in the 1928-38”. Olga gave her most recent public talk on Pavlo Tychyna’s Party Leads on invitation by NTSh in Canada. Olga earned both her Master’s and Bachelor’s degree with a major in Ukrainian Language and Literature at the National University of Kyiv-Mohyla Academy. She also completed the summer school in Ukrainian studies in the Harvard Ukrainian Summer Institute.
Olga is an active member of international academic community in Ukrainian studies. She regularly participates in major international conferences in Slavic studies in Canada and abroad such as ASEEES, ATSEEL, and CAS. She is currently a member of executive board of the Shevchenko Scientific Society of Canada and of Canadian Association of Ukrainian Studies. Olga also works with Krytyka journal, and organizes cultural events in Toronto.
Olga does poetry translations between English and Ukrainian and writes her own poetry in both languages.