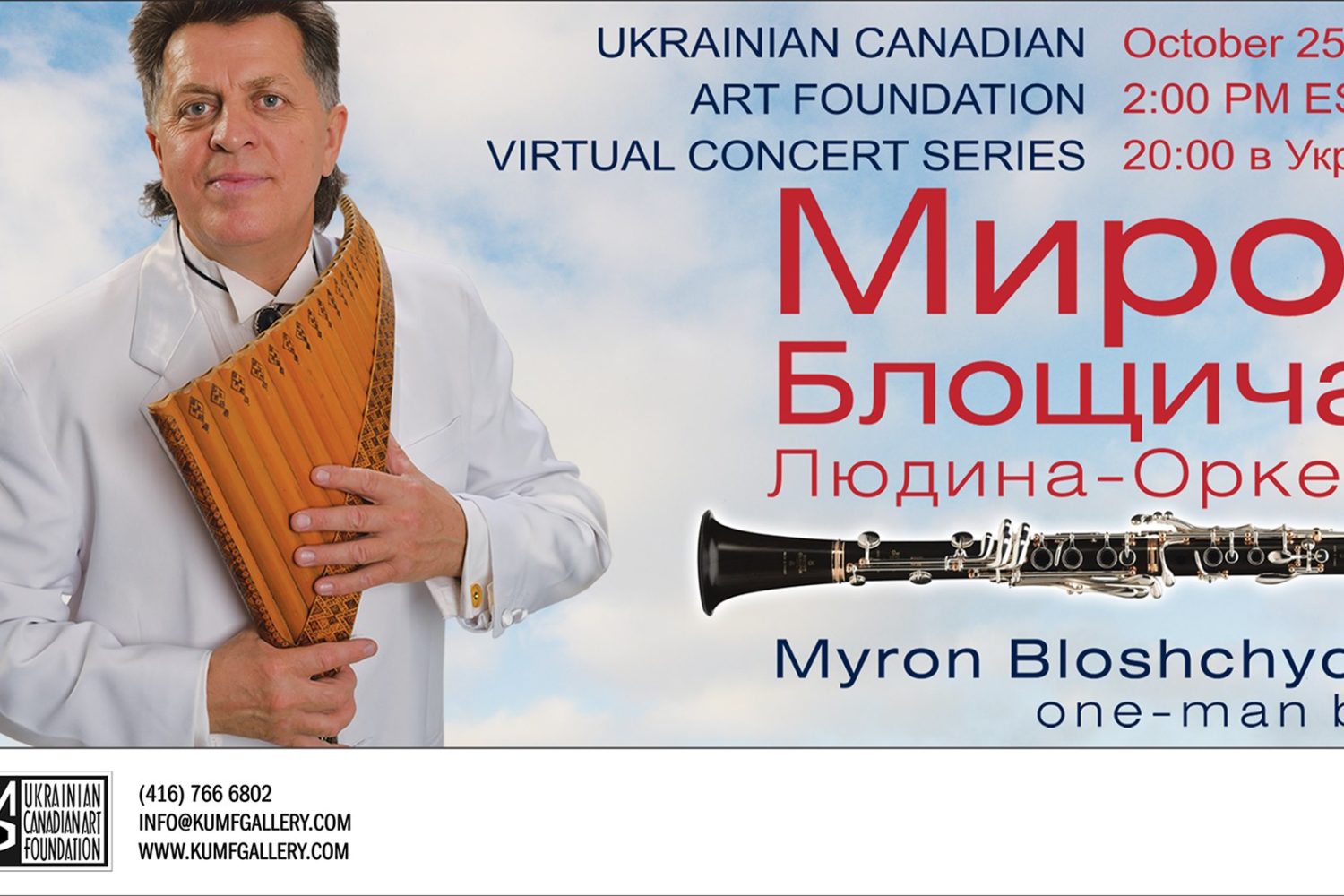 Myron Bloshchychak is a unique virtuoso musician, author and performer of various genres of music, researcher and master of Ukrainian folk wind musical instruments. Clarinet, saxophone, pan flute, telynka (open flute without holes), floyara (long open flute with 6 holes), recorder, double flute, zozulia (cuckoo whistle), drymba (jew’s harp), hurdy-gurdy, hose, snorkel tube, glass, bottle, bottle cap – this is not the only list of classical, folk and exotic instruments which he skillfully uses in his performances. Myron also plays musical instruments that he designed and made by himself: vitrophone, triple flute, clariara, myrophone. There is no such wind instrument that Myron cannot play. Because of this, Myron Bloshchychak is known in the music world as One-Man Band.Myron was born in the suburbs of Lviv. He studied at the Lviv Music College named after Stanislav Lyudkevych and at the Lviv Conservatory named after Mykola Lysenko, where he worked as a teacher later. In 1987 he started touring as a soloist-instrumentalist of the popular Kyiv ensemble “KOBZA”. He went on many musical and ethnographic expeditions, doing the fieldwork and interacting with musicians and folk masters of musical instruments. Myron researched, recorded and studied the magical music of the Carpathian Mountains. Myron has toured with grand success in the United States, Canada, Italy, Spain, Netherlands, Norway, Denmark, Belgium, Poland, and the Czech Republic. Myron Bloshchychak’s creative output includes four CDs: “Wind of Love”, “Christmas Dreams”, “Wind from Ukraine” and “Night Melody”, as well as a DVD “One-Man Band”, which contains excerpts from concerts and music films.

On Sunday, October 25, 2020, at 2:00pm EST in North America, and 20:00 in Ukraine, Myron will perform in the Virtual Concerts Series of the Ukrainian Canadian Art Foundation.